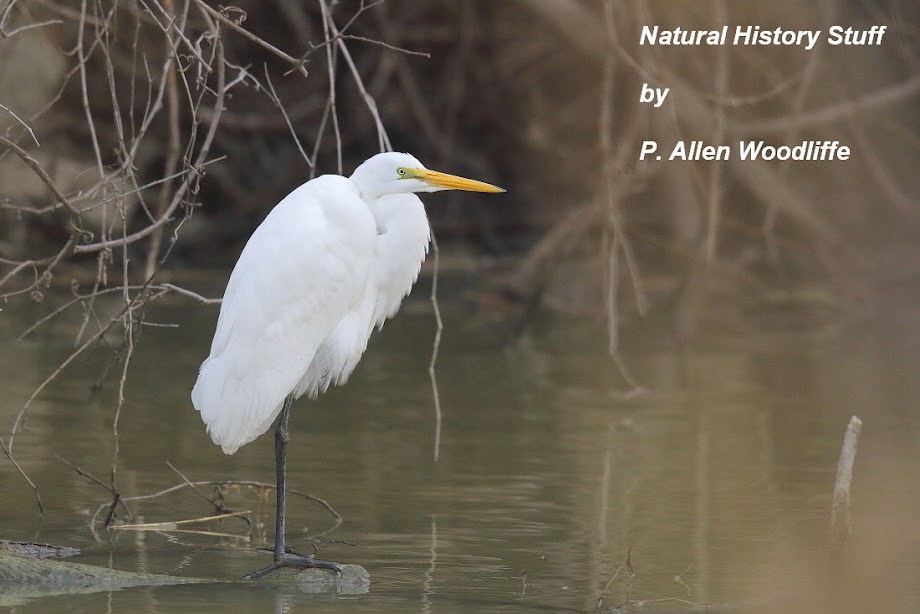 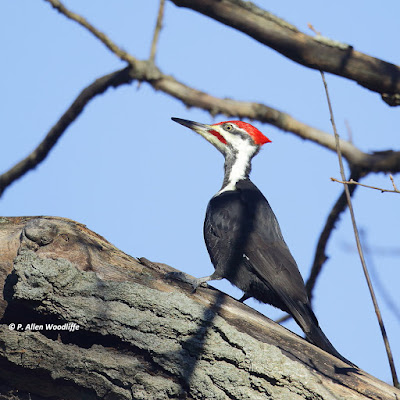 For those readers who are members of the American Bird Association, and get periodic email updates, you will likely already know this. For the past few years, the ABA has picked a bird to be the Bird of the Year, and it has included species such as Ruddy Turnstone, Cedar Waxwing and Green Heron, all of which are great, popular choices. The Pileated Woodpecker is no less a favourite of many people, birders and non-birders alike and probably better known to non-birders than the three mentioned above. It is a large bird, and very distinctive with its red crest, and probably where the idea for the Woody Woodpecker cartoon character came from. The Pileated Woodpecker has a very distinctive call, which also possibly resulted in the Woody Woodpecker laugh.

The Pileated Woodpecker generally likes large woodlands. I have read where normally a territory for a single pair of these woodpeckers is approximately 600 acres. But they have become somewhat accustomed to people, as some people living in or adjacent to woodlands have them coming into their yards. Once you have seen one of these, it is not something easily forgotten.

The species is widespread across the eastern and northern USA, and across much of southern and eastern Canada. At Rondeau Provincial Park, there are probably at least 5 or 6 pairs. On the most recent Christmas Bird Count, only a few short weeks ago, there were 7 birds reported. They can be notoriously hard to find when you are looking specifically for them, and at other times, they can be very tolerant, even cooperative for the photographer. Here are a few images I've taken of this impressive woodpecker at Rondeau. 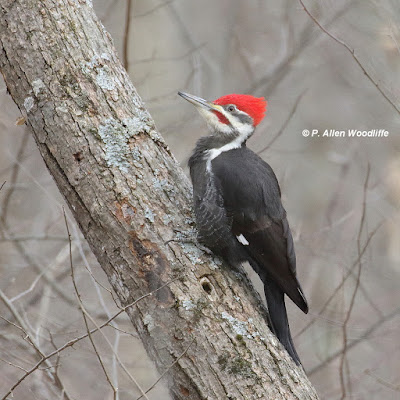 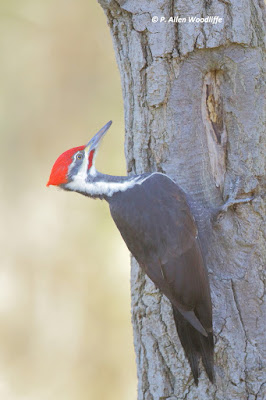 You are more likely to see evidence of their presence than the actual bird. Their holes are distinctive, often showing elongation. 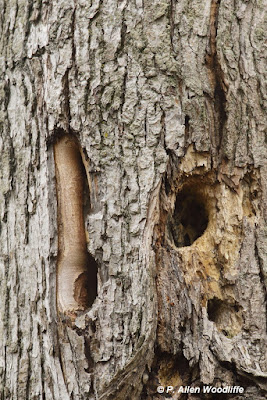 With their massive beaks, they can really tear into a tree trunk to go after the beetles and such that they can tell are working away inside. They can leave an impressive amount of large chips on the ground below. 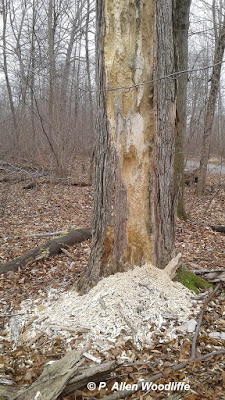 Nests are hard to find, and the adults are quieter and more wary in the nest vicinity. The nest cavity access is fairly small considering the size of the bird, and mostly rounded, but a little flattened at the bottom. The photos above show a male, with the crest being red from the beak to the tip. The bird in the next photo is the female, as the forehead is brown, and only the last part being red. 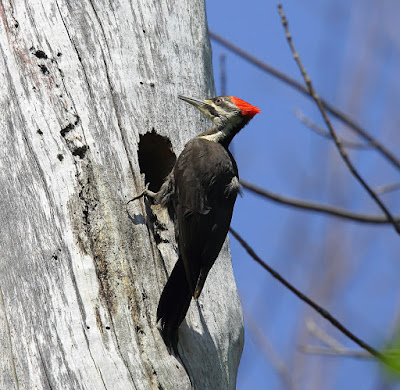 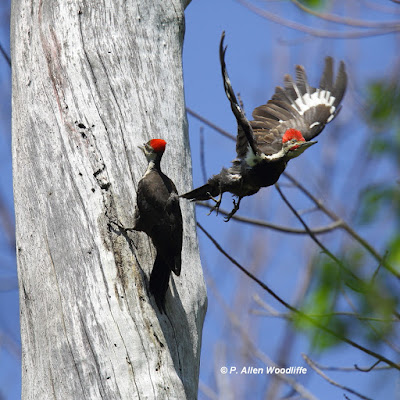 It is truly an impressive bird, and an excellent choice for Bird of the Year, as it happens to also be the bird featured on the Ontario Field Ornithologist's logo.

Posted by Allen Woodliffe at 20:21

Email ThisBlogThis!Share to TwitterShare to FacebookShare to Pinterest
Labels: Bird of the Year, Pileated Woodpecker